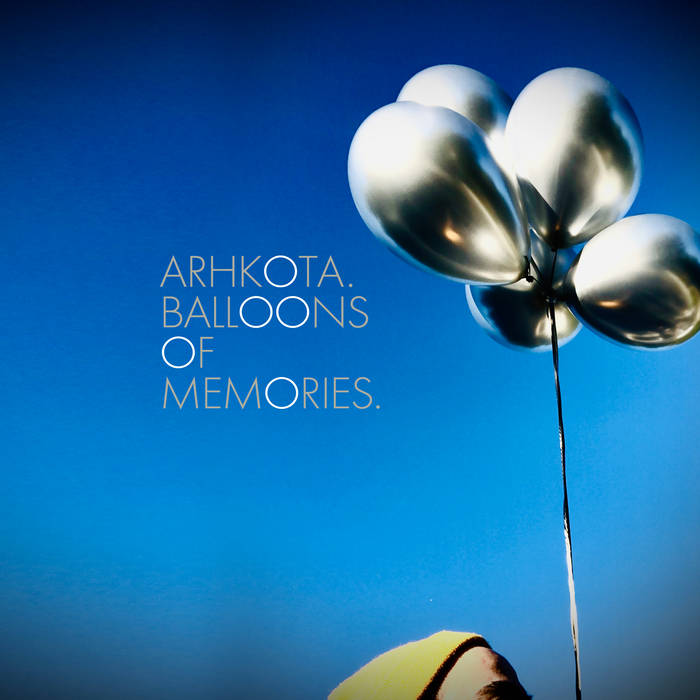 Ambient delicacy and intense distortion unite amidst a plethora of hypnotic vocal features, as a uniquely artistic Arhkota returns with a 6-track EP of profound spiritual and emotional presence.

'Angel’s Know' is the opener, instantly intriguing, unsettling for its sound design, captivating and ultimately memorable as we progress through an electro-pop song and multi-layered soundscape of unpredictable yet satisfying elements. The mellow swagger of an eighties-esque drum line resounds from start to finish, carrying the concept and dreamy sentiments beautifully well.

In terms of the album’s concept and imagery, the five Balloons represent five specific memories – Love, Death, Changes, Peace, and Art. The title track emerges second in line and delves into this idea with artistic freedom of design and subtle fragments of jazz-kissed, free-flowing melody and instrumental expression.

With 'Throwing No Shadow' , the mood is initially haunting, cinematic and retro, later deeply moving, with that eighties twang now appearing in the vocal progression – a bold and beautiful melodic development that slowly envelops the listener and refuses to loosen its grip.
The dissonance between verse and chorus is powerful – you keenly await the switch, and with each revisit the song elevates itself all the more so. A definite favourite.

Given the fullness of the production throughout Balloons Of Memories, the lyrics occasionally take something of a backseat to the overall emotion applied by the completed sound. However, when the lyrics do reach out, they do so with a certain striking integrity and humanity. The wonderful Ensenada makes for a great example, breathy and complex yet smooth and moving in its humble guidance and story.

Injecting a hint of world music and shoegaze vibes alike, the closing track 'Avec Lui' marks a creatively uninhibited, intensely indie-like progression from choir-led delicacy to the weight and fuzz of a full-band set-up. Once again, contrast works its magic, and in true Arhkota fashion we’re left embraced by the unexpectedness and infectious groove of it all.

Produced and performed by multi-instrumentalist Arhkota, Balloons Of Memories also features the talents of a plethora of additional musicians and engineers, who no doubt helped bring to life the vast contemplations and creative threads in a timelessly engaging way.

In Memory of Neylenne Ramirez, Llona Bendl, Angelica Cota D., Mariano Márquez and Jorge Fisher, Balloons of Memories delves into the complexities of the past with piercing levels of depth, detail and devotion. (note by Rebecca Cullen) 2022.